Some of the best drivers in the British and Scottish Rally Championships will head to Dumfries and Galloway this weekend as the ever-popular Armstrong Galloway Hills Rally blasts into the region on Saturday (14th September).

Organised by Solway, Machars and East Ayrshire Car Clubs, this year’s rally will mark a new coming for the event as for the first time in the events 46th year history, it forms the final round of the British Rally Championship which will see a new champion crowned at the event’s finish ramp, as well as the returning KNC Groundworks Scottish Rally Championship.

This also means a new format for the rally, which has also moved south of its traditional Castle Douglas base to Dalbeattie and a brand-new home at Jas P Wilson’s newly built facility. To house both British and Scottish Rally Championship contenders, there will be two separate routes for each series, with the BRC contenders battling out for the title honours over nine stages and 75 miles. The SRC crews have a more traditional format, with five stages and 45 miles on offer.

Reigning British Rally Champion Matt Edwards will lead the 75-mile rally away from Dalbeattie early on Saturday morning for a double run of the iconic stage of the same name just under a mile away in his Ford Fiesta R5. Already crowned as the co-driver champion, Patrick Walsh will co-drive as the pairing enter a classic fight for the title with Hyundai i20 R5 pilot Tom Cave and Dale Bowen.

An all-welsh showdown for the BRC honours will be played out across stages but behind them, a gaggle a of crews will be eager to make their mark on the leader board. Many of which, have taken advantage of a range of competitor incentives, all made possible by a grant from Dumfries and Galloway Council’s Major Festivals and Events Strategy 2018-2021. This valuable contribution has been used to encourage competitors to head to the region for the event.

Jonny Greer makes the trip over from Carryduff in Northern Ireland in his Fiesta R5, with Welshman Dai Roberts alongside. Greer has traditionally been a strong supporter of the rally and will be looking to secure a good result as he makes the switch back to gravel after a season on the Tar. He also heads a strong Irish and Northern Irish contingent who line the 75-mile event entry list. 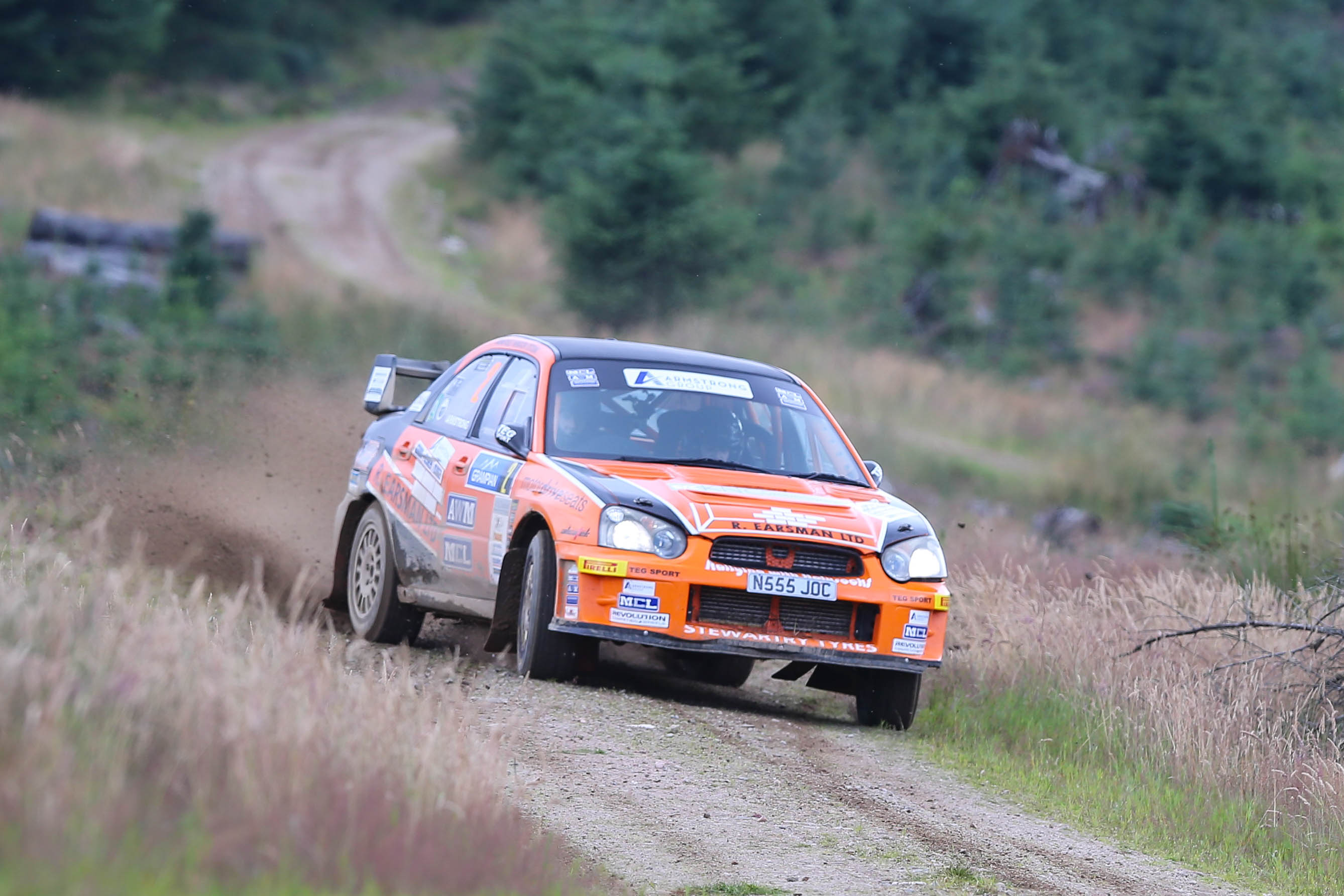 Former Junior BRC contender James Wilson has adapted to life in four-wheel-drive and brings his PCRS Hyundai i20 R5 over from Armagh with Arthur Kierans alongside. Alex Laffey, team-mate to Edwards in the M-Sport Ford camp, will be aiming to get back on form after a run of bad luck in his Fiesta R5. Scotsman Stuart Louden will co-drive.

Over 20 crews will tackle the gruelling event, including the Junior BRC contenders, with the victors spraying the champagne in at Threave Garden and Estate at around 18:00 later that day.

Dumfries ace and five-time SRC Champion David Bogie will make a welcome return to the event, behind the wheel of a stunning Mini WRC for the very first time. Having driven R5 machinery for much of the year, Bogie and co-driver John Rowan will lead the 45-mile event away which houses many of the Scottish Championship contenders.

However, he will undoubtedly be pushed all the way by local legend and nine-time event winner Jock Armstrong from Castle Douglas. Despite his Subaru Impreza having a power deficit to Bogie’s Mini, Armstrong has superior local knowledge and will be aiming to make it ten wins on an event he sponsors for the 20th year.

Rory Young from Dumfries and Allan Cathers return to the gravel after a season away in their Ford Fiesta R5 with popular national crew Stephen Petch and Michael Wilkinson bringing their Ford Fiesta WRC from North East England. Huntly’s John Wink with Neil Shanks alongside aim to round off their SRC season well in their Hyundai i20 R5.

Reigning SRC champions Andrew Gallagher and Jane Nicol contest their first event after securing the title on this event 12 months ago, piloting a borrowed Fiesta R5.

Shane McGirr and Liam McIntyre are another to make the trip across the Irish Sea in their Toyota Starlet, leading the two-wheel-drive contingent, but will be followed closely by Iain Wilson and Chris Williams in their Ford Escort Mk2. 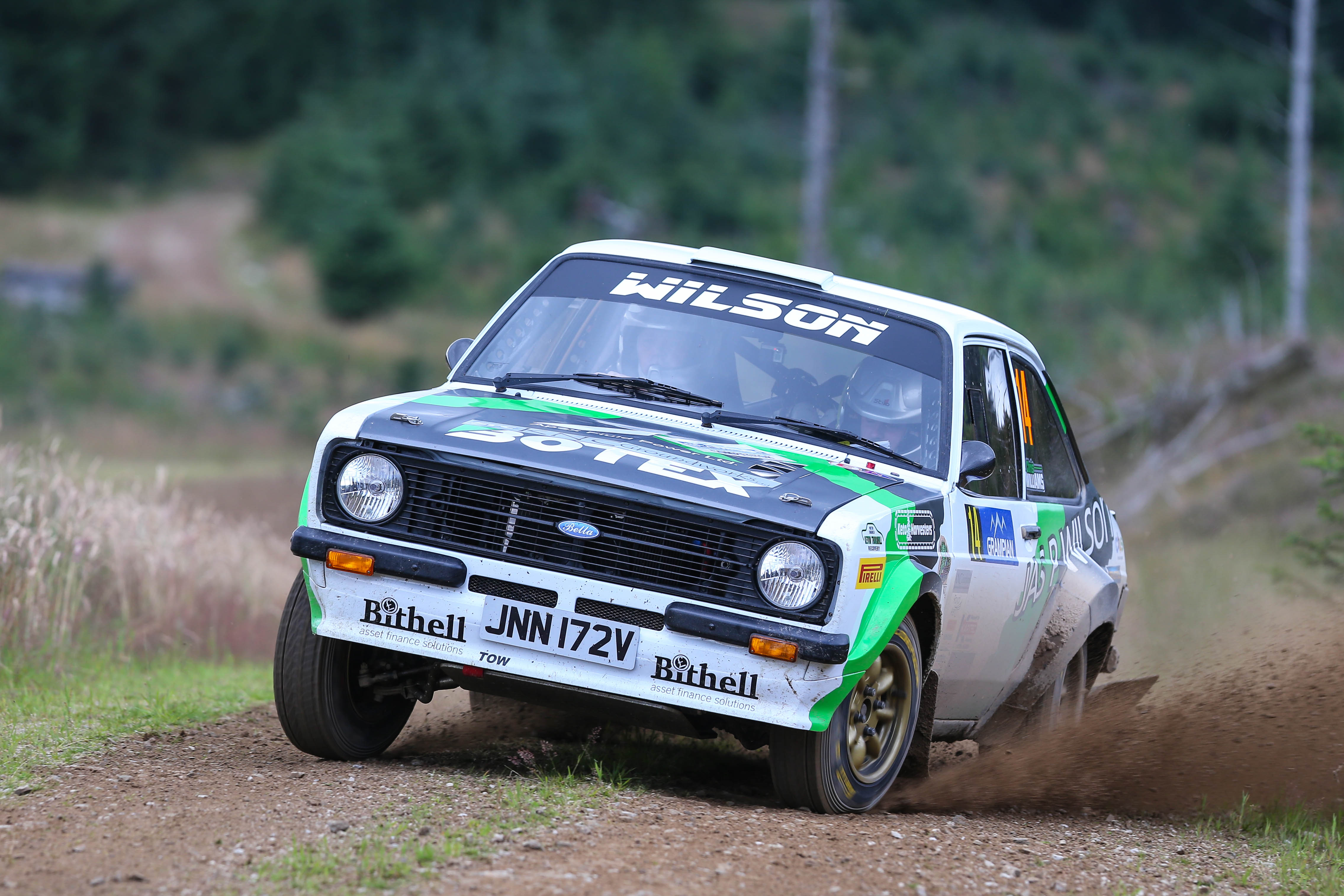 Spectators will be well catered for and will get ample opportunity to watch the action from both the British and Scottish Championship crews – free of charge.

All pre-event checks on Friday 13th September and Rally Headquarters takes place at Jas P Wilson in Dalbeattie. The site will also house the ceremonial start for both events from 8:00am on Saturday morning before fans can watch the action unfold in the nearby forests.

Just a stone throw from the start, the Dalbeattie Forest test offers the first chance to glimpse the cars in the forests from 8:00am, plus the added bonus of the stage running twice in quick succession.

Other opportunities to watch come at Cairn Edward from 10:30am, with the stunning natural amphitheatre of Black Loch providing stunning views of the cars for several minutes, starting at 14:00. The Raiders Road stage rounds off the event from 14:30 with the crews in both events heading back to the stunning Threave Garden and Estate in Castle Douglas for the finish ceremonies, which will also be hosting a “Burgers and Beer” event during the celebrations.

Spectator information, including times, maps and entry list is available at www.gallowayhillsrally.co.uk/spectators/where-to-watch/