The Galloway Hills Rally has taken place in the forests of South West Scotland since 1974.

The 2022 event marks the 23-year anniversary of sponsorship from Dumfries-based Construction and Renewables specialists, The Armstrong Group, who have backed the event since the year 2000.

The event would also not be possible without the cooperation and assistance of our local Forestry & Land Scotland team, and the support of both our individual Event Partners, and Dumfries & Galloway Council’s Major Festivals & Events Strategy.

The Armstrong Galloway Hills Rally has been a round of the popular KNC Groundworks Motorsport UK Scottish Rally Championship since 2016, and was voted ‘Best Event’ in the series in 2017 and 2021.

Information for Competitors, Marshals and Spectators will be added to the relevant pages of this website in advance of the event. 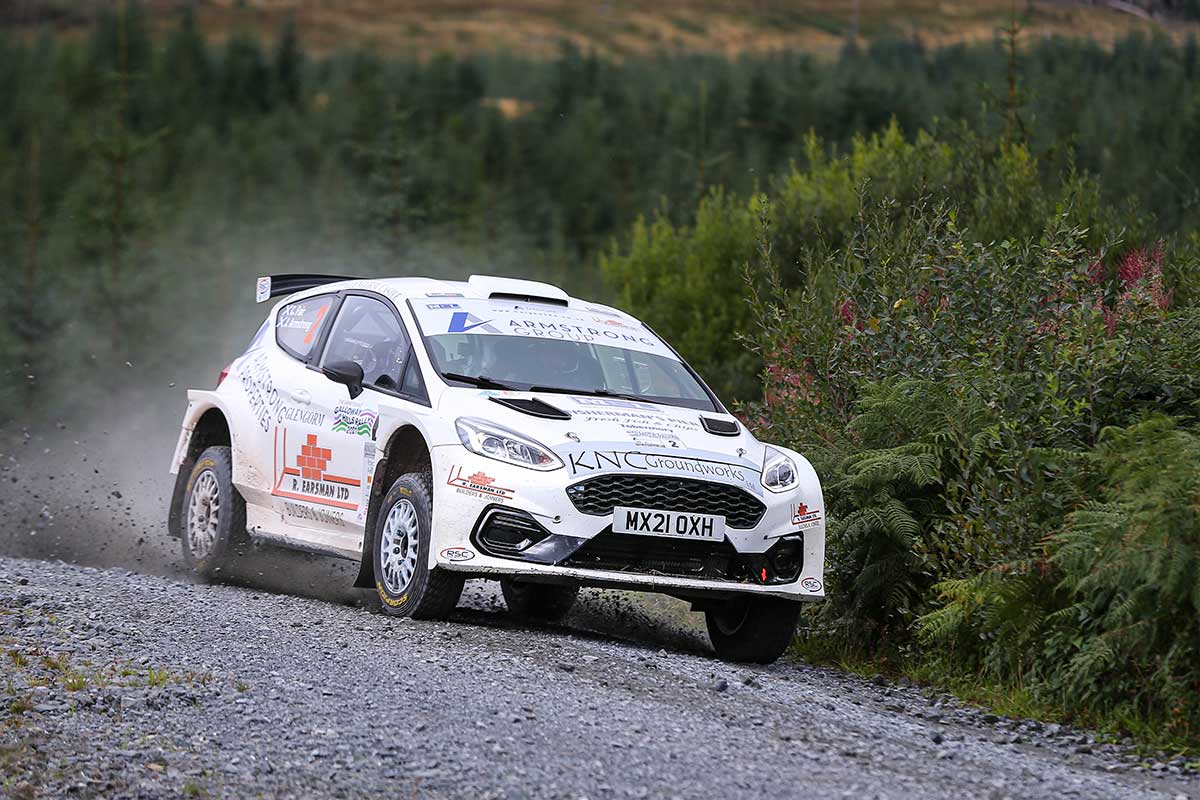 Bogie goes for Five on the Armstrong Galloway Hills Rally

HISTORY OF ‘THE HILLS’

Dating back to 1974, the Galloway Hills Rally is one of the longest running motorsport events in Scotland. Beginning as a collaboration between two local clubs - Solway and East Ayrshire Car Clubs - the team was strengthened by the addition of neighbouring Machars Car Club in 1983, forming the partnership which lasts to this day.

The event, which has been based in South West Scotland for its duration, has had winners from all corners of the British Isles, with notable multiple wins for Drew Gallacher, who donated his 1975 prize money to purchase the perpetual ‘Gallacher Trophy’ for First Overall, to which he added his name twice more in 1978 and 1979.

Event Sponsor, Jock Armstrong, is currently the most successful driver on the event, taking his Subaru Impreza to an impressive nine wins between 2006 & 2017.

Whether you are looking for culture, local produce or speed on 2&4 wheels, Galloway has something in store for everyone.

The ‘Food Town’ of Castle Douglas hosts activities under the Castle Douglas Bike & Food Festival banner, bringing great food and great sport together in the Heart of Galloway.

In Wigtownshire, you will find the popular Stranraer Oyster Festival, a three-day celebration of the area’s unique coastal heritage, culture, people and fabulous local produce, and the annual Wigtown Book Festival, a ten-day literary celebration in Scotland's National Book Town.

If it’s breath-taking scenery and enchanting coastlines you’re after, why not try the South West Coastal 300 – a stunningly scenic 300-mile road trip around the South West of Scotland.

And if motorsport is really your bag, the region is lucky enough to host two other events; the Coast2Coast Rally in Stranraer in May, and the Lockerbie-based RSAC Scottish Rally in July.